We have a bunch of pet birds at our house.  There are 15 chickens of various ages and sizes, three guinea hens, and two ducks…  and a partridge in a pear tree (no, not really!)  They live in a little chicken coop in our backyard, but they aren’t locked up.  They live there by choice, because we leave the door open so they can roam the yard at will.  But they always return to the coop at night, I suppose, because it’s their home.

After about a year of watching these birds, I notice that they tend to hang out in groups.  There are seven older chickens and they are certainly the most adventurous because you never know where you might find them (we have a very large yard and from time to time, they go into the woods behind the house as well).  Then there are eight younger chickens that were all raised together.  These birds like to stay close to each other and don’t venture too far from the comforts of the front yard and the coop.  And then we have the odd ducks…  I guess you could say that we have two odd ducks and three odd guineas.  These are the youngest of the birds, just five months old.  They were all tiny when we first got them and they lived for several months in our basement, tucked up under a heat lamp for warmth.  These birds do not separate for any reason.  They waddle around the yard in a little group of five.  Birds! Party of five!  It’s pretty cute because they act as though they are the same, even though they couldn’t be more different. 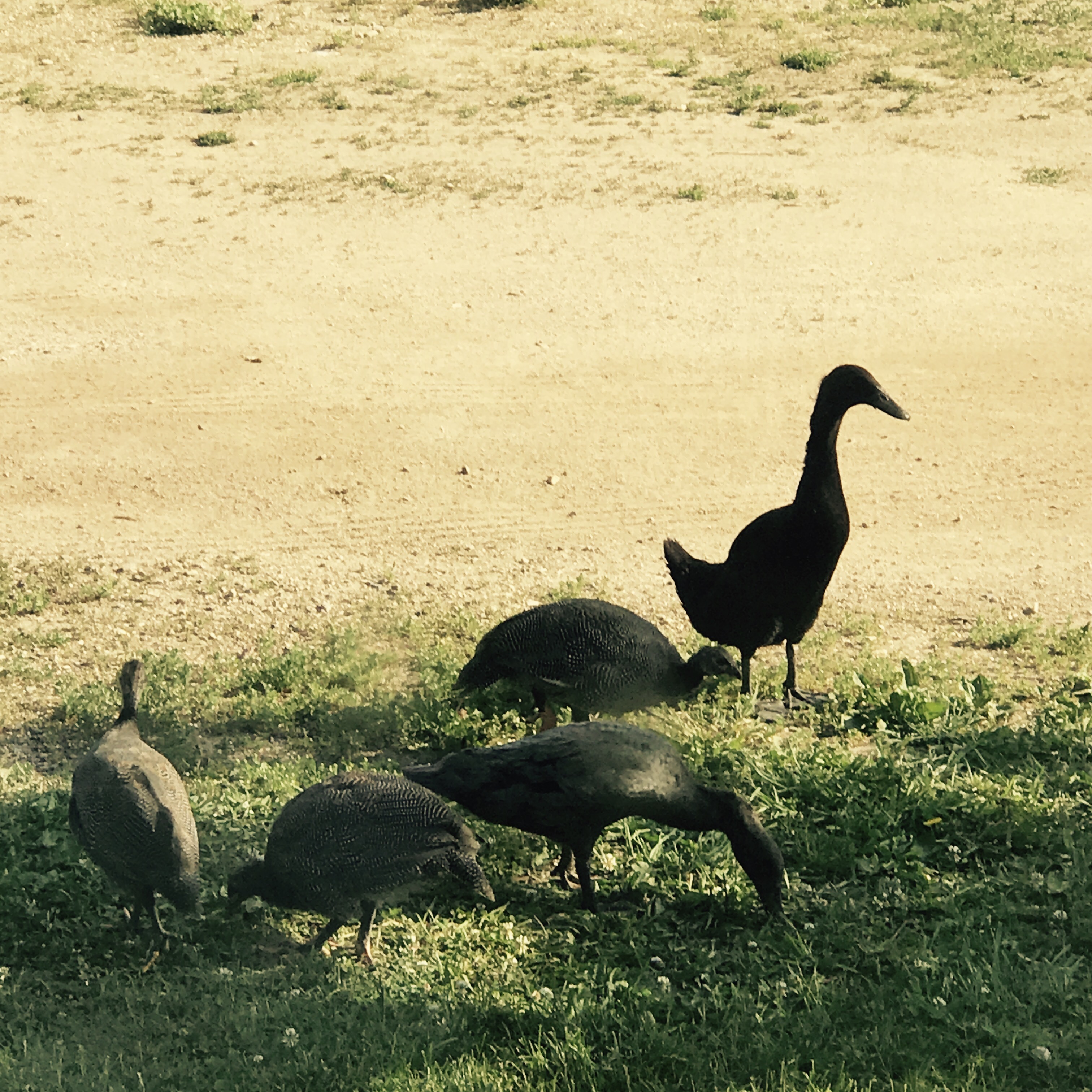 One morning, I was watching them waddle around, looking for bugs, never leaving the comfort of their little group and it got me thinking of my very first online party (yes, that was a silly segue, but that’s legit how my mind was working when I was looking at these birds).  I’ve been with Younique for about a month now, and my first party was two days after I officially signed up to sell the products.  I’ve always been a “stick to the box” kinda gal.  I’ve never had enough self-confidence, or courage, or gumption, or whatever you want to call it to do anything.  Literally, I have done nothing in my life.  Yes, I have a beautiful family and home, a career, a masters degree, a little Hyundai SUV (with a payment), and pretty much all that you could want in life.  But I’ve never actually DONE anything that I would consider to be a brave, or resourceful, or even really fun, for that matter.

So this was my chance.  I purchased the presenters kit, more for the good deal on the makeup than anything else.  But I realized after I tried all of it, that this stuff was AMAZING.  And, I wanted to shout it from the rooftops…  Buy this makeup, it’s wonderful!  So I figured that if I felt this way, maybe I could make a legitimate go at selling it to others.  I mentioned to my wonderful sister-in-law (for the sake of saving some characters, I’ll just call her my sister from now on because that’s essentially what she is), that the month of May offered double party rewards for party hostesses.  And she said, “Sign me up!”  Oh boy, oh boy, oh boy…  I started to hyperventilate a little at the thought of actually putting on a party for products that I literally just signed up to sell two days earlier.  For some reason though, I was able to keep myself calm about it (not something I am good at by the way, anybody else out there have anxiety?)  I thought to myself, “Self, you can do this!”  So, I set out to give my sister the best party I could possibly give her.

First, I contacted my sponsor.  If you’ve read my prior blog posts, you’ll remember that my Younique sponsor is a lovely gal that I marched in the band with, and I am soooo happy that she’s got my back because if it weren’t for her, I’d be lost with this stuff.  Anyway, she gave me some pointers and advice…  a little checklist and some pics and videos to share.  I am a list maker, so I made myself a little agenda for the timeline of this party.  It was to be a three-day event on Facebook and I was going to need to post at least five times a day to have any sort of impact on sales (at least that’s what all the online articles about direct sales over social media said).

Actually, I didn’t even know how setup a Facebook event.  A little background – I have been on Facebook since 2004, which is pretty much the beginning of Facebook time.  So I know plenty about this particular form of social media, but my knowledge is more like Tetris than Minecraft. I didn’t have a good “working” knowledge of how to do stuff on there.  So what did I do?   I Googled it, of course.  I’m not sure if you knew, but you can get the answer to literally EVERYTHING on Google.  At the very least, you can get AN answer, it may not be the right one, but an answer nonetheless.

With the help of my mighty friend Google, I was able to set up my event.  I spent an hour choosing a cover picture and positioning it just so.  I made my first post about my lovely party host and how this makeup was amazing… and I edited it about 15 times before I dubbed it grammatically sound enough for the public viewing.  And then, I was ready to party.  My sister invited all of her friends and away we went!

Except that literally nobody marked that they would actually attend this event.  Well, nobody except for me, and her, and her mother…  and my mother.  But, come to find out, anyone who is invited to an event will receive the notifications of the posts, whether they said they were going or not!  I didn’t know this until the second day of the party, but I decided to make the best of it and post my little heart out anyway, even if nobody else saw it.

The first day, I pretty much stuck to my posting agenda.  But by the second day, I was kinda getting the hang of it and became more willing to venture off my list.  I downloaded PicCollage and started making my own pics and showing some before and afters of me wearing the products.  I was out of town that weekend, so I made a little video while I was in the hotel room showing how to apply the mascara.  I was actually having some fun with this!  And I’ll tell you what the trick was – it was the fact that the products were so great.  I didn’t need to “up-sell” them in any way.  All I had to do was take a selfie before I put the product on, and another one after I put the product on, and voila!  Presto-chango!  Just like that, my skin would transform from splotchy and red, to smooth and even.  My eyelashes would go from so-so, to super long with the flick of my wrist and the wave of a mascara wand.

When it was all said and done, I had a BLAST doing that party for my sister.  And despite my doubts at the beginning, she actually got some sales, which meant that she got some free makeup…  and that always makes me happy 🙂  So it’s fortunate that I’m not a duck, or a guinea hen, or a chicken, set to travel in the same group and stick to what I know for the rest of my life.  Stepping outside of my little box and taking a risk by putting myself out there, is really not so bad.  Now I can’t wait for my next party!  P-A-R-T Why?  Because I gotta!