Today was the final day of our county fair and I have a mental hangover because of the food that I ate while at the fair. I know this is not something that is specific to me. Many women, I’d venture to say MOST women, are hard on themselves about food. Let’s face it ladies, we live in a society that values skinny and frowns upon not-skinny. This makes it difficult for us to separate how we really feel about food versus how we should feel about food. 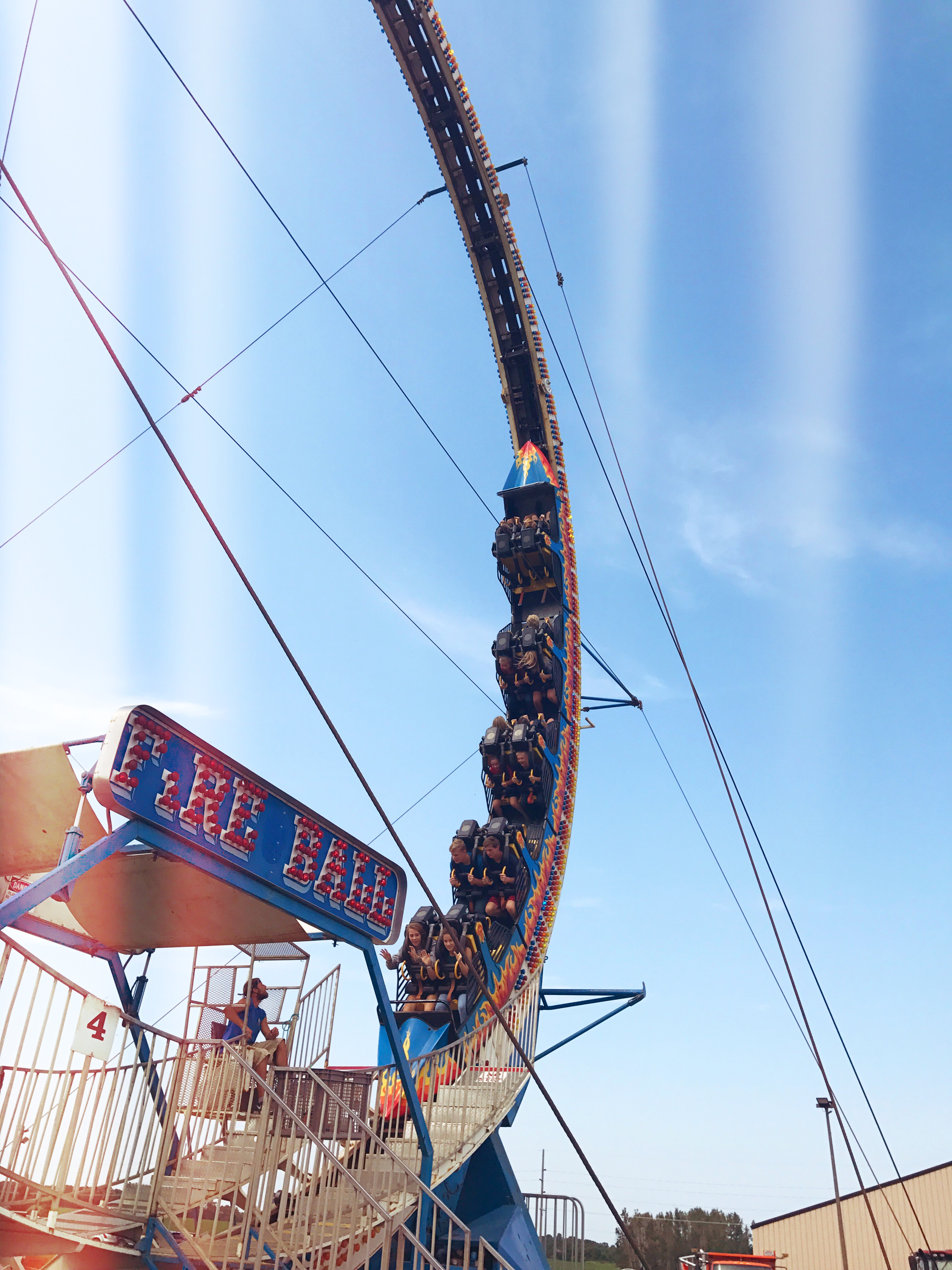 First, some explanation. I have an eating disorder. It sits in the back of my mind, like a toad, waiting for a moment of weakness so it can rear its ugly head. My mental state has improved leaps and bounds since I decided to get treatment for the disorder, but I still wage a mental battle with the toad every single day to determine who will control my mind… me or the toad. I have to admit that there are days when the disorder wins. Fortunately though, the days when the toad wins are getting fewer and farther between.
Fair time is a time when the toad has an advantage. We all know the stigma that comes from the food at the fair. Everything is deep-fried, on a stick, and laden with fat and calories. But despite that fact, I must view fair food just as that… food that you eat at the fair, and nothing more. There are situations in life where it is okay to eat something out of the ordinary. Take camping, for example. When you go camping, you eat stuff like hotdogs and s’mores. There is no reason to beat yourself up for having a s’more while camping. Now, if you eat so many s’mores that you make yourself sick because as a rule, you restrict sweets to the point of deprivation, that is an issue. But eating a s’more or two while camping is okay. Really, it is. I’m not just making this stuff up. It is OKAY to eat a s’more or two while camping. This is not an easy concept to wrap my mind around, particularly after years of self-imposed mental abuse about eating.
The same concept goes for the county fair. At the fair, you eat things like deep fried oreos and cheese curds. And that is okay. But the toad has the advantage. I just have to recognize his advantage (yes, my eating disorder is a male and that is by choice) and counter-attack with a different strategy. This is what I mean when I say that I have to separate how I really feel about the food from how I think that I should feel. I should feel bad about eating fair food… but that’s not how I really feel. In reality, it’s okay to eat cheese curds at the fair. Even though the toad says that I have expanded four pant sizes, I have not, and my body continues to function with no issues (definitely not the case when I diet or restrict – a story for another time).

So there you have it… my strategy to battle the toad during fair season. I must remember that how society dictates that I should feel about the food is not necessarily the right way to feel. It’s just fair food… and it’s perfectly okay to eat fair food when at the fair! Take that toad!