A couple of days ago, we had an interesting supper.  It was the kind of family supper that you almost can’t believe is happening to you at the time…  but in hind sight, makes perfect sense considering the crazy nature of a home with two rowdy kids. 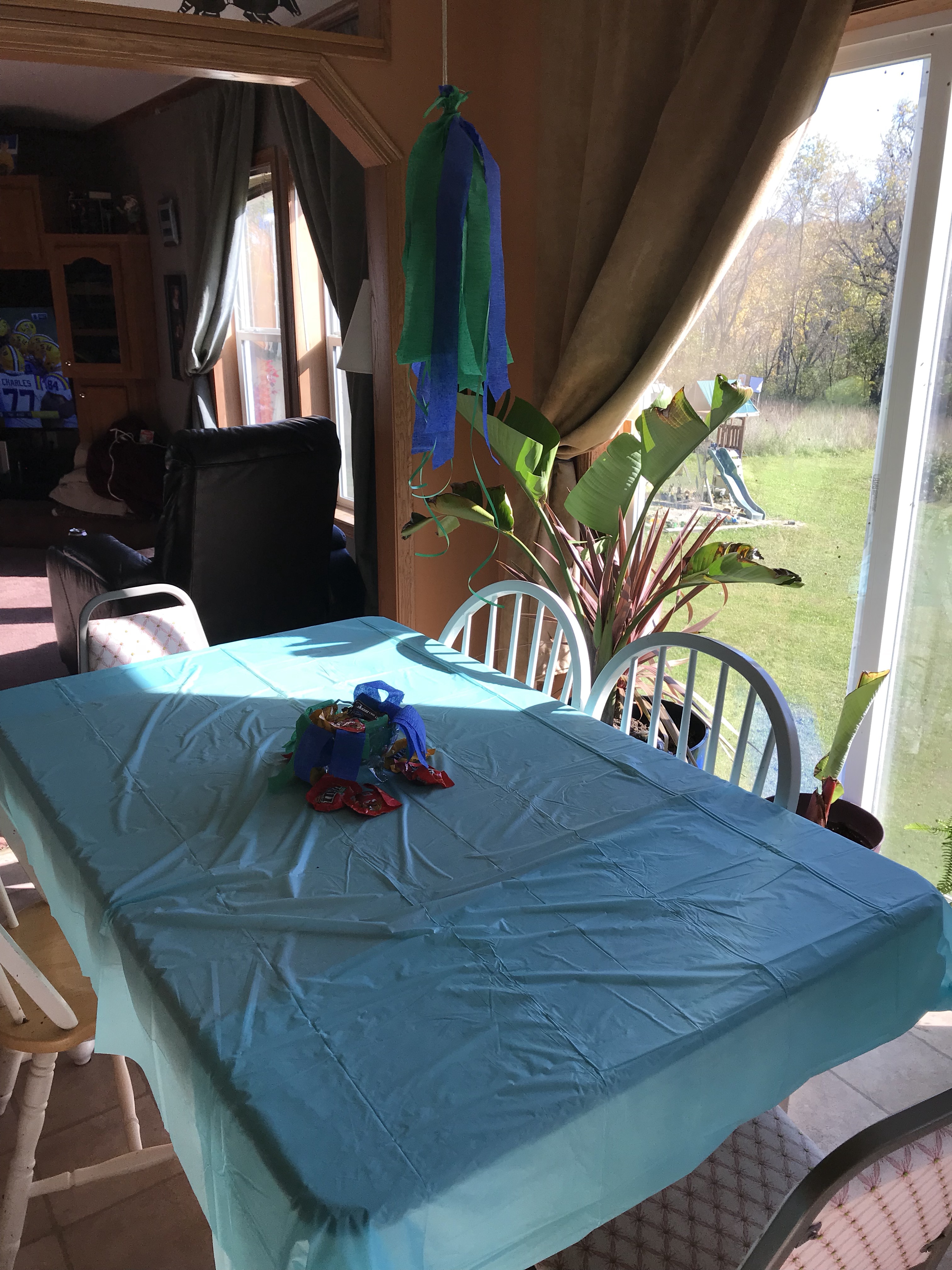 Picture it.  It’s 6:00 pm.  Everyone is hungry but nobody actually wants to make anything to eat.  Someone finally gives in and throws a little something together.  That day, the someone was my husband, Tim, and the something he threw together was bologna sandwiches, complete with shredded cheese, Miracle Whip, and mustard.  Note, we were low on groceries, which only aggravated the “thrown together” nature of the meal, and hence the reason there was shredded cheese on the sandwiches.  As a side, he served canned green beans, heated up in the microwave with butter.  He will read this and think I’m knocking the meal…  I am not. I didn’t particularly like my sandwich because I don’t like Miracle Whip, but otherwise, the meal was perfectly fine…  hastily put together, but fine.

Lilly, who turns 7 today, walked up to the kitchen table wearing her underwear and a t-shirt.  ”Where are your pants?” I asked her.  To which she replied, “I don’t know,” and shrugged, turning her attention to the sandwich in front of her.  Jack, who is 8, came to the table with a green storage tub on his head.  Not a big one, one of those plastic ones that fits into those wooden racks to hold toys.  ”Why do you have that on your head?” Tim asked.  To which he replied, “I like it.”  Oh, okay. 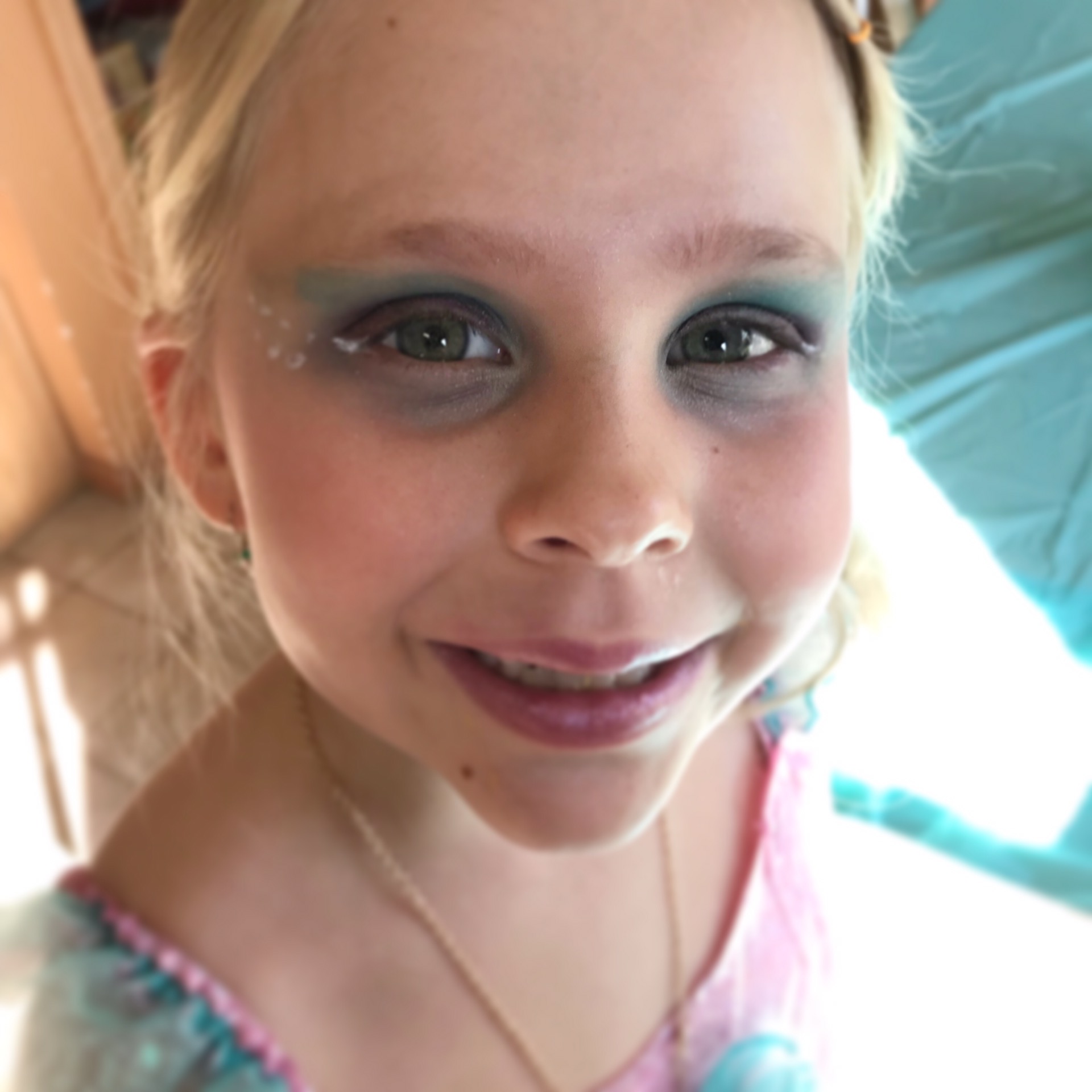 Most days, our children get along with each other like cats and dogs, but occasionally, they get in this mood where they can’t help but laugh hysterically at one another.  So we were sitting at the table, enjoying our Miracle Whip sandwiches, and Lilly started to tell a story about her day at school.  She mentioned a friend of hers whose last name is Yates, to which I jokingly asked, “Oh, like Field Yates?”  Nobody got this joke except Tim…  and it’s entirely possible that you, the reader, do not get this joke either.  But for those that follow sports and watch ESPN religiously, Field Yates is on your radar.  He is a commentator for ESPN, specializing in fantasy football.  I only mention him in this post because of his name. No knock to Field or anything, but his name is unique, and that’s why I thought of it when she mentioned her friend with the last name of Yates. 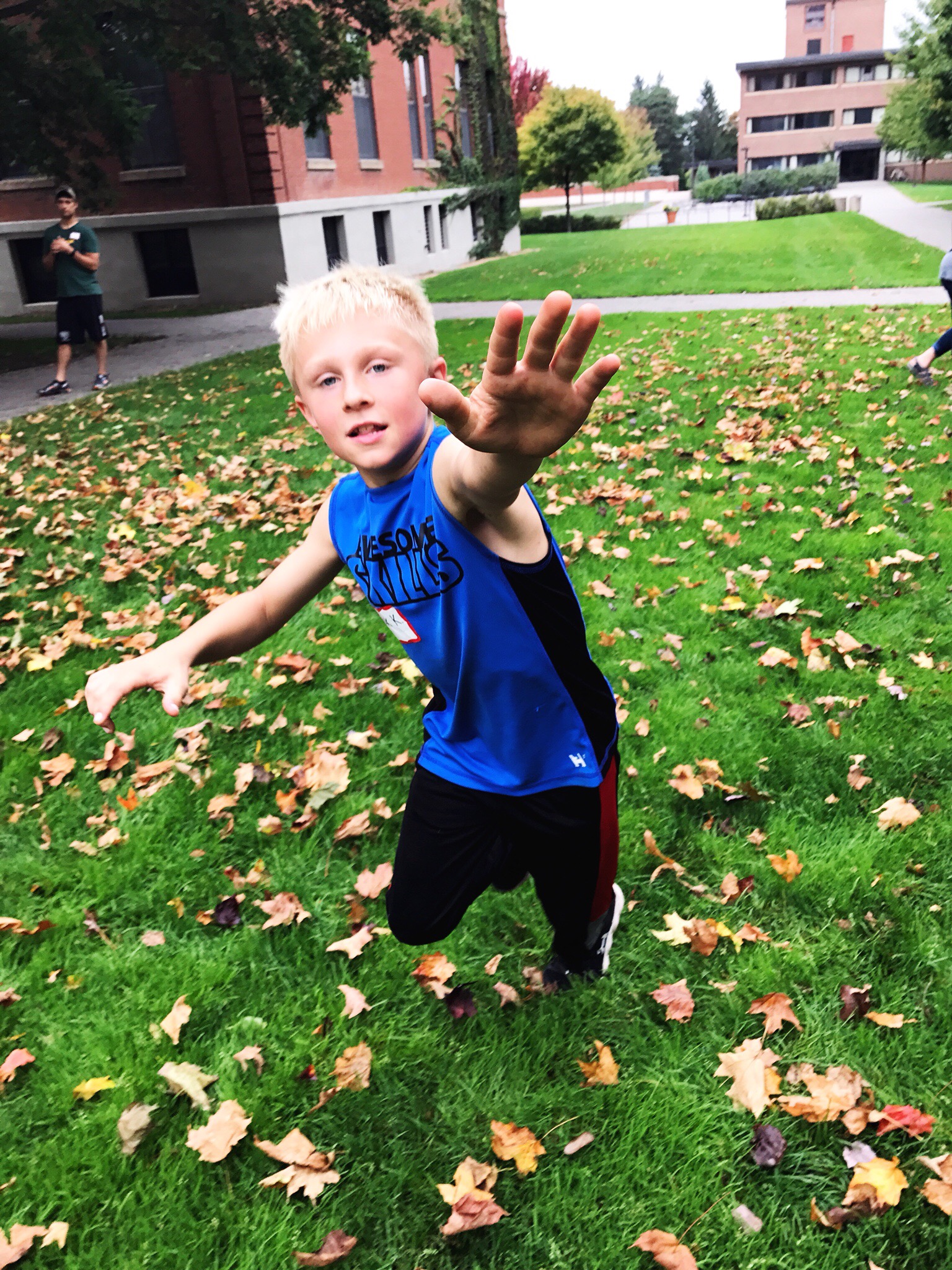 Jack thought this was the funniest name he’d ever heard, and proceeded to repeat it over and over and over again.  Lilly tried to go on with her story, but she couldn’t get past Jack spouting off the name Field Yates.  Tim sternly asked them to please finish their sandwiches so that we may move on from the supper table.  I sat there in disbelief at the scene unfolding in front of me.

By this point, Lilly had become so overrun with giggles, that she rolled off of her chair in a fit of laughter.  After a moment, she jumped up and started running around the kitchen island and kitchen table in figure 8s, laughing at the top of her lungs…  in her underwear, of course.

“I can’t stop laughing!” screamed Lilly, hysterically, while running the figure 8 around the kitchen.

“I mean it! Sit down and finish your supper,” said Tim, in his I-mean-it-this-time voice.

“It’s too funny!” said Lilly as she fell down in a fit of giggles on the floor next to the table.

I shook my head at this and continued to pick at my green beans.  What planet are we on!? I thought. Oh yeah, it’s the planet where all parents with small children live…  Planet Crazy Town.  Take a left after Neptune and keep on going past Pluto…  you’ll see good ol’ Planet Crazy Town off to the right.  Has anyone else been there?  It’s quite the trip!