I decided to get a new pair of glasses recently.  Well, I shouldn’t say that I decided, more like, my failing prescription mandated it.  Apparently astigmatism gets worse over time…  or at least mine does.   I started wearing glasses about 10 years ago when I realized that all that squinting at my computer would give me fine lines (yes, Vanity, you’re welcome).  Since I spend about 12 of my waking hours staring at some sort of screen, it figured that eventually, my eyesight would take a dive.

I’ve had many pairs of glasses since I started wearing them years ago, and they’ve all had one thing in common – they were cheap.  Yes folks, that’s me, I’m cheap.  I buy my goods from Wal-Mart, why should my glasses be any different?  The poor little optician lady at the counter tries to up-sell me on any number of fancy frames and lenses, but I always get the cheapest pair.  “I don’t need that silly nonsense!” I say to myself.  Just ground plastic lenses for me, thank you.

But this time was different.  This time, I decided to treat my eyes to something a little better.  I allowed myself to venture out of the $9 frame section and I picked out a pair of frames that I actually liked.  Then, when it came time for the optician to push her up-sell, I took it… and I ended up with the Rolls-Royce of lenses.  UVA/UVB protection, scratch resistant glass, and a blue light filter to put a little cherry on top.  If my eyes are going to get worse, then by God, it’s not going to be because of my cheap glasses!

When I went to pay for my lens extravaganza, I winced when she presented me with the final tally.  Holy moly!  I’d never dreamed of paying so much for a pair of glasses!  And then it struck me, how totally ridiculous this was.  I’m not willing to give my corneas the royal treatment, yet I’ll drop $260 on a Dia Box without flinching?!  (More on the Dia Box later, that stuff is amazing).  These are my eyes we’re talking about here!  A vital organ in my body, and here I am trying to shop them around like I would an airline ticket to Las Vegas.

It got me thinking about how many times I’ve put my body in second position.  Crazy diets involving exclusion of entire food groups, bingeing and purging, exercising to the brink of exhaustion, severely limiting calorie intake, mentally degrading myself to the point of near insanity…  all prime examples of how I’ve used and abused my precious body.  I can honestly say that prior to my recovery, I treated my dogs better than I treated my own body.  A sane person certainly wouldn’t starve a dog, or run a dog until they could barely stand, or force a dog to eat and then throw up.  A sane person would never berate a dog for doing something as simple and natural as eating.  But, for many years, most of my life in fact, that was what I did to myself… all in the pursuit of an ideal body that just was not meant for me (Or anyone for that matter… those girls we see on TV and magazines are not real!  I’m convinced of it!)

I’m better now.  It took quite a bit of therapy, nutritional advice, and of course, a fair amount of selective serotonin re-uptake inhibitor.  But, as I found with the glasses incident, I still have times where I put my body in second place.  So despite all of my mental progress, I have to remind myself daily that I am beautiful, just the way I am, and that I deserve the best.  And for my healthy body, I am eternally grateful.

Plus, I got a rockin’ new pair of glasses that make me feel beautiful! 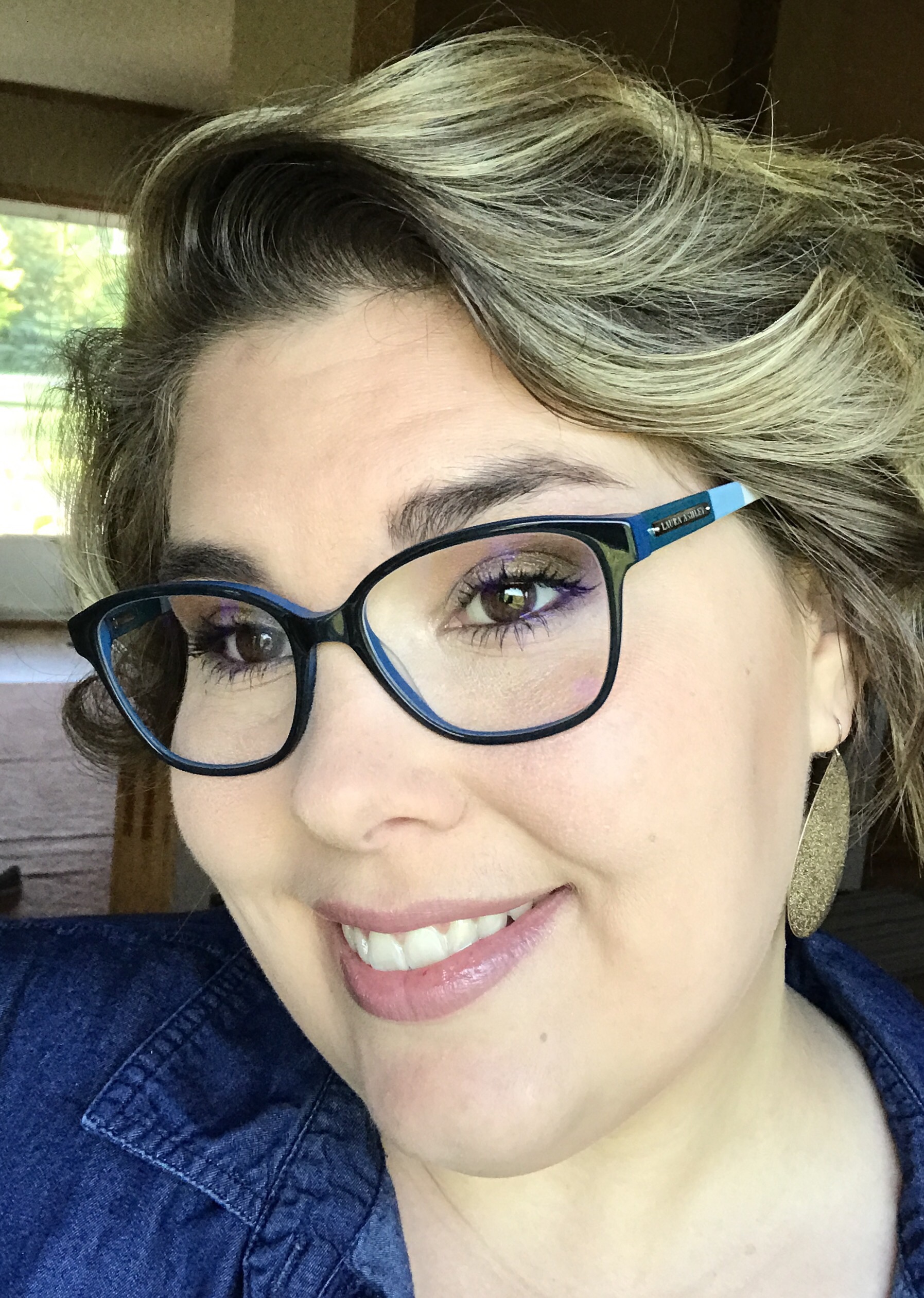 One Reply to “Glasses, the window to your soul… or something like that”