It’s been a little while since I wrote a blog post…  and there’s a reason for that.  I’ve been busy.  And when I say busy, I mean BUSY.  All caps, no messing around.  I’ve got some major things cooking in my life, one of which is a writing class that I’m taking through Alexandria Community Ed.  It’s a fascinating class, but it has gotten most of my writing attention over the last few weeks, and for that, I apologize to my dear blog followers.

But today, I had something happen to me that got me thinking about my current attitude and I thought I would share.  Plus, it feels really good to write a blog post again! I was at the Minneapolis/St Paul airport today dropping off my family members for their Thanksgiving trip to Texas.  Why did I not go them, you ask?  That’s a long story and one for another time.

After I left the airport, I opted to exit 494 right away and stop at a gas station to use the facilities (it was a long ride there).  I noticed a police car behind me on the interstate, but I paid little attention to it because, after all, I was doing nothing wrong and I knew it.  I took the exit ramp and stopped at the light behind two other cars.  It was a regular, 4-way, stoplight, just like any other exit ramp stoplight I had ever seen.  I had absolutely no reason to believe it was any different or no reason to think I needed to be on the lookout for abnormal road signs.  Okay, I’ll admit it, I was probably not paying terribly close attention to the road signs due to the fact that my bladder was on the verge of exploding.

So I pulled up behind two other vehicles at the light, which was red, and each of the two vehicles in front of me turned right on the red light. Turning right on red is perfectly legal in 99.9% of stoplights in the state of Minnesota…  but apparently, not at this one.  I turned right on red as well, and as I pulled into the gas station parking lot, I saw the lights flashing behind me.  Great.  I was legitimately stumped as to what I could have done that warranted a stop.  My vehicle is brand new, so I my tail lights should be working properly, I have a clean drivers’ license, and, as far as I know, no outstanding warrants.  So what in hell could I have done?!  I thought.

The officer approached my car and asked me THE question…  the question that the officer always asks when you are pulled over (let’s just say, I’ve been pulled over a few times before).  “Ma’am, do you know why I pulled you over today?”  Now, I have to ask, what exactly is the correct answer to this question!?  Is it better to be dumb and admit that you were not aware that you were breaking the law?  Or is it better to fess up and risk incriminating yourself for something that they perhaps didn’t even realize you were doing?  I genuinely did not know why he pulled me over…  the latter response applies when you are speeding or run a stop sign or something where you know for a fact you’ve done something wrong and got nabbed.  But I had done none of these things so I was legit oblivious and so, I admitted, “No sir, I have no idea.” 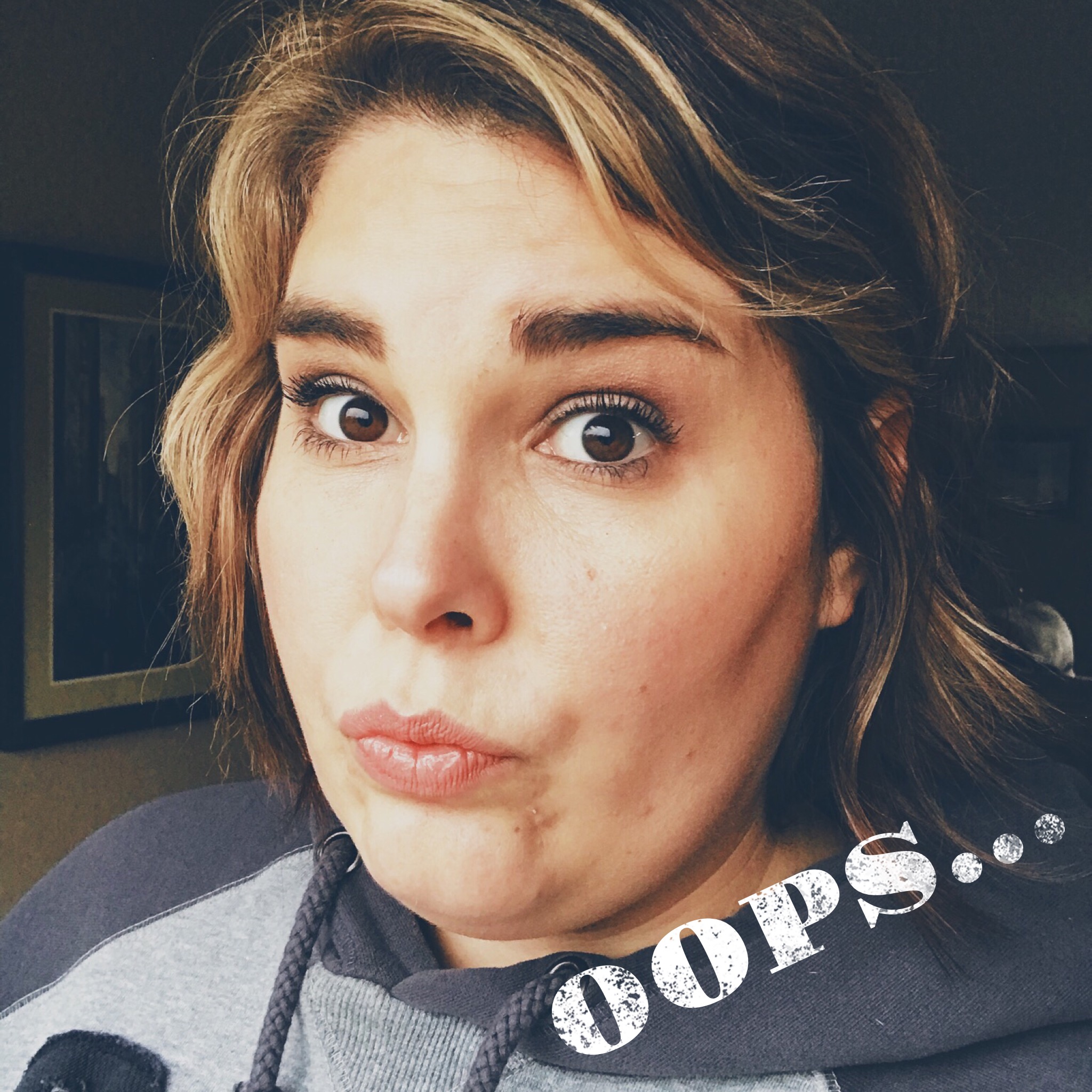 Apparently, I had missed three signs telling me that it was not legal to turn on red at that light. And by following the lead of the two vehicles in front of me, I had been the one to get nabbed because I was the last one at the light before the cop.  He was perfectly nice…  albeit a wee bit condescending, and he made sure that I was aware that he had just saved me $138 by not giving me a ticket for my driving infraction.  But that was understandable, I did after all, commit a driving infraction.  I thanked him for his generosity, promised him that I would be more careful, and went inside to take care of more pressing business.

I firmly believe that everything, even those unpleasant things like getting pulled over, or stepping in dog poo, happen for a reason, and a lesson can be learned from it all.  So what was the lesson?  Well, as best I can tell, I need to pay more attention to the road, particularly in Minneapolis where I have no experience driving on a regular basis.  I need to take time to stop and relieve myself before my bladder reaches critical mass so that I can better concentrate on the road.  And I need to be grateful for the officer who brought my error to my attention, thereby protecting the people of the city of Minneapolis, and graciously saving me $138 by sparing me a ticket. Always, always, be grateful peeps!