Over the last several weeks, I have been running.  No, not metaphorically, like “Oh, I’ve been running to catch up to the next big social media trend” or “I’ve been driving my kids all over the planet to their various activities.”  I’m talking literally. I’ve been running on my treadmill. This is a pretty big deal for me and I’ll try my best to explain why. 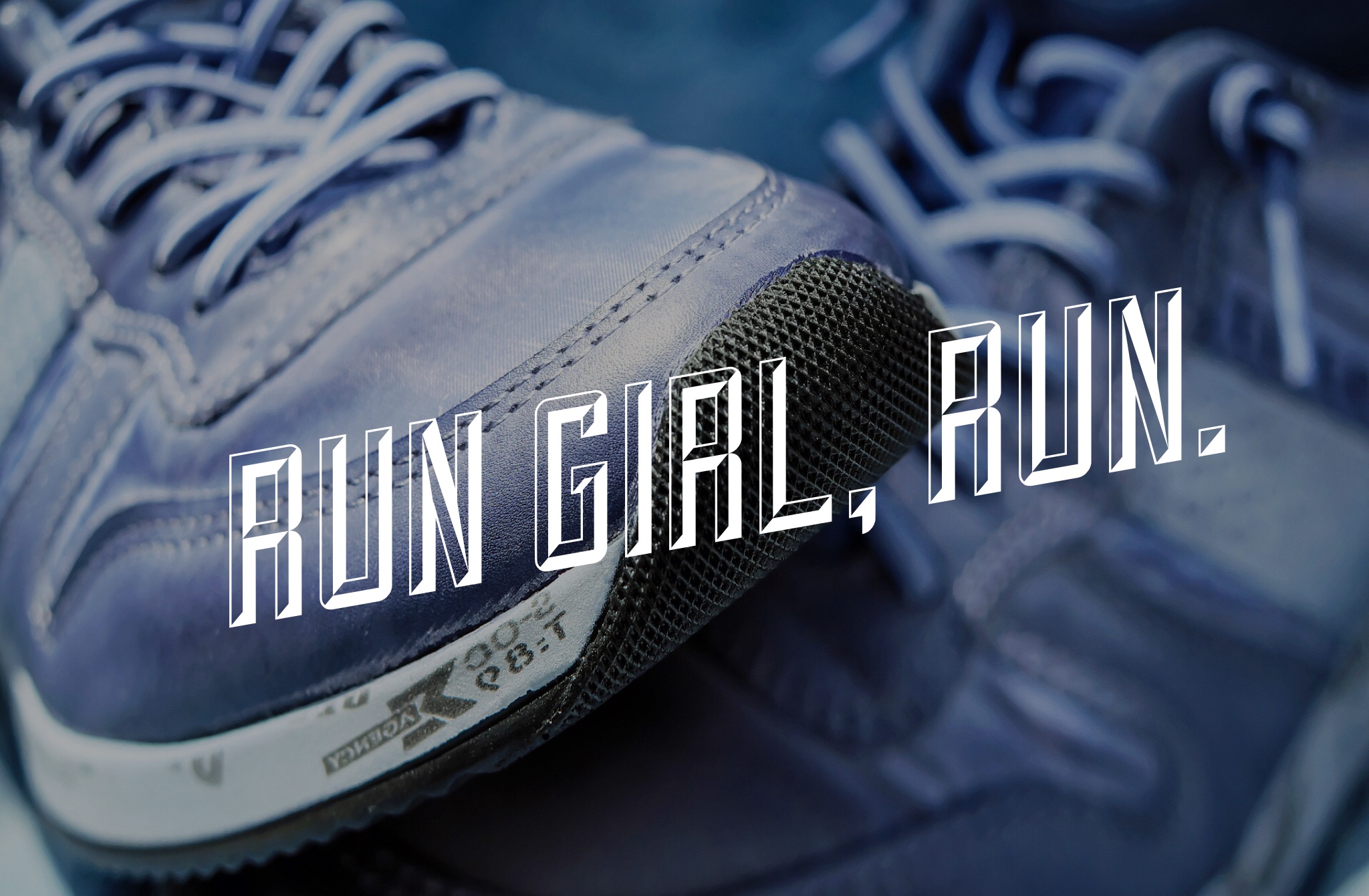 You see, when I was in the darkest days of my eating disorder, I ran.  A LOT. I ran every day. I ran as much as I possibly could. It was a way for me to punish my body for not conforming to how I wanted it to behave.  I thought that running was how I would get skinny… well, running and starving and calorie counting and binging and purging and all those other fun things. But I knew that running would up the ante.

I’ve never been all that athletic.  In high school, I was on the tennis team and I was okay.  Not great, but okay. I was also in the marching band, which, in my opinion, is definitely an aerobic activity.  I played softball for one year on the junior varsity team and I blew out my knee mid-season. That about sums up my athletic abilities.  It was a shame because for my age, I was quite tall. I would have probably made a good basketball player. But I was never into basketball…  too much running.

I remember in junior high, I tried to give basketball a shot, but I soon realized that running is hard work and that I am not very good at it.  Tennis was better. You still have to run when you play tennis, but it’s more of a short spurt kind of running and you get to stop after every point.  Whereas in basketball, you basically have to run around that court until the whistle blows. Back and forth, back and forth. In softball, the only running is around the bases and maybe to catch a fly ball.  That is, of course, assuming you can get on base, which was the main reason I wasn’t very good at softball either.

But as I got older, I realized that I needed to exercise or I would become fat.  It was never a matter of being healthy. I hear women say that to themselves all the time (and to everyone on their Facebook friends list)…  I just want to be healthy, it’s not about the weight.  I call BS on that.  I always knew it was about the weight.  Skinny at any cost.  Why the hell else would I run?!

In college, I had a friend named Bridget.  I think she spelled it a different way, but you get the idea.  Bridget was on the track and field team at Texas Tech. She ran long distances and she was very good, which is evidenced by the fact that she actually made the Tech track team.  I was always fascinated by Bridget. First, she could eat whatever she wanted and still be skinny. But she didn’t just eat whatever she wanted all the time, she actually ate healthy stuff because she knew she needed to eat healthy in order to be a good athlete.  Second, she actually enjoyed running.  That was a foreign concept for me.  Not a single cell in my body enjoyed the act of running.  But Bridget liked it. She would go for a five, six, ten mile run.  Every. Single. Day. Excuse me!? It could be that Bridget was full of bologna and simply did a very good job at faking it.  But she seemed legit to me.

Years later, when I was really at my lowest point, I was running regularly too.  I hated it. I hated to run.  Running made me feel like a fat slob, huffing and puffing my way down the dirt road that we live on.  I hated running on the treadmill even more because it was incredibly boring and I still felt like a sweaty pig, running my ass off in the pursuit of skinny.

When I finally made the decision to get some help for my eating disorder, I started to see a counselor named Bette.  As I went to Bette’s office week after week for six months, my mentality started to change. Note – one does not change their mentality unless they are ready and willing to change it.  The same goes for any type of addiction. You must be ready to give up the addiction in order to be successful.  That’s how I was. I had had my limit of the terrible mental struggle that I went through on a daily (or hourly) basis.  The terrible things I said to myself. The vicious lies I told myself about my body. I was tired of it all.

But the longer I stayed with Bette, the less of a hold that the depraved voice in my head had on my thoughts.  I was able to acknowledge the presence of the terrible voice, but I could ignore it and let it scream and cry until it finally became silent.  It became easier and easier to reject the notions that diets were good and eating was bad.

Since that time, I eat what I feel like eating.  Note, my fears about gaining weight were valid. I certainly did gain  weight in that first year.  At first, I was worried about this, but with time (and Vitamin P) I was able to release those worries and just move forward with my new, I-love-my-body, mentality.

But with recovery came some unexpected anxieties.  I got very nervous about doing anything that might disrupt my new, more stable attitude towards my body and the food that I put into it.  That included staying away from all of those nasty eating disorder habits that I had stuck to religiously for 20 years. For example, I refused to weigh myself and I made this request clear when I visited the doctor.  You can weigh me, but if I even get a whiff of the number, you will rue the day you messed with me!  I was also reluctant to log food or count calories.  I did that so religiously during my twenties and early thirties that I couldn’t bear to spend another second of my precious life on Earth counting calories, or points, or carbs, or fat grams, or protein count.

Another one of those nasty eating disorder habits was running.  I came to see running as a punishment. It was something I had to do to my body because I was too weak to stick to a strict diet of celery and popcorn.  If I were only strong enough to stay under 500 cals per day, I would not have to run. But since I busted and had 800 calories today (oh the shame!) I must run off those extra 300 calories.  This was my thought process behind running. So, as I started to heal and my mind shifted to a more healthy state, I stopped running completely. It was something I hated doing anyway and it had an even more negative connotation because of the disorder.  So I quit… cold turkey. No more running for me.

But there’s a problem with quitting.  Unfortunately, as I get older, I’m starting to feelold. And I’m only 36 for heaven’s sake!  But, because I spent so many years abusing my body and because I put on weight in recovery, I felt like a creaky old lady trying to hide the fact that my back and hips and knees were killing me.  It came to a point where walking was difficult. I’d have to stop and stretch my back just to make it across the parking lot at WalMart. 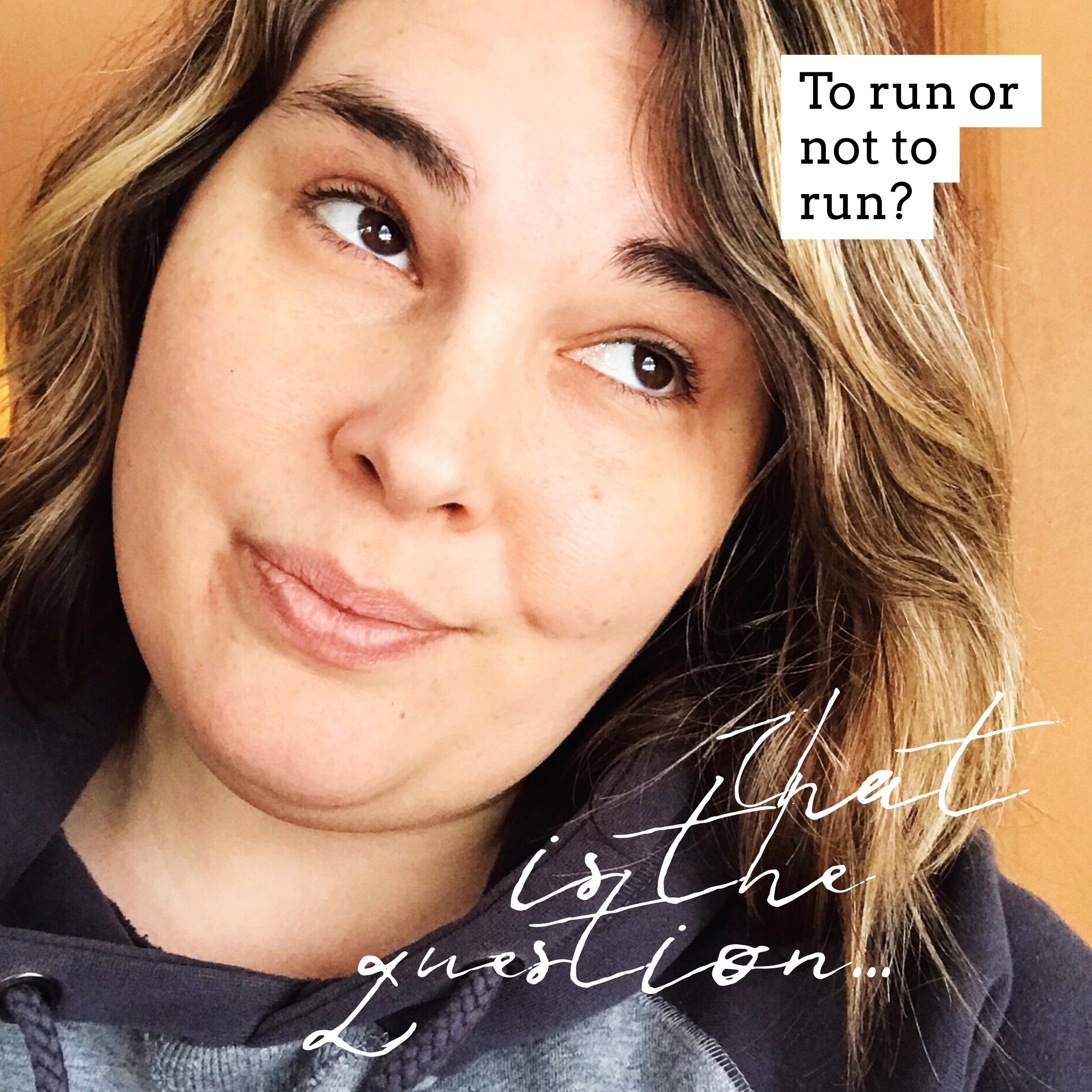 So, I decided to start running again.  And I’ll tell you what… it felt great.  Like, really great.  Whenever I would walk on the treadmill, my back would be so tight that I’d have to stop after 15 minutes just so I could rest my back.  But running did not cause this issue. I could run for 30 minutes without having to stop for my back. Not only that, it made my legs and sides feel better and stronger.  It made my knees less creaky. It even make my arms feel stronger.

Now, it’s true that I am, by no means, a good runner.  I run at a very slow pace and I have to stop and walk from time to time.  It’s much more like jogging than running.  But it feels great!  And my body is thanking me for it.

It makes me see the whole point of it all.  Like Bridget, who loved to run, I too can enjoy it.  Not because it will make me skinny, but because it takes away those little aches and pains that come with age.  I can enjoy running for that simple fact. It’s an activity that is good for my body and it makes me feel like a superstar!

Oh yeah, and the book is coming along really well.  I’m almost at 30,000 words and I couldn’t be more happy about the way it’s turning out.  Thanks for listening y’all!